I’ve written a lot about age lately, so I guess it’s been on my mind. Recently, I was at the opening night of a Broadway play, The Velocity Of Autumn, which offered powerful insight into the world of an aging woman and I laughed heartily at some of the funny one-liners. The lead character says at one point, “You know you’re getting old when every move you make is accompanied by a sound effect.” The whole audience laughed and applauded loudly. You only need be passed 40 to know exactly what she meant!

I listened to the musings of the woman on stage, expressing her bitterness at having grown old. An artist, unable to hold her brushes because of the pain, is left reeling from the anguish of losing pieces of her self. She cries, “Every day I lose more of me, me, ME.”

I’m only 44 but this play resonated with me on many levels. I am so bitter that I have to grow old. And yes, I know none of us can escape it. And I also know that growing old is significantly better than the alternative – dying. Of course, I think it’s the dying that I’m most bitter about. I’m just so darn pissed that I’ll have to leave my life as I know it. I’ve said that the aches and pains that come with age are actually a real gift. The physical pains that attack your body and the emotional pains that attack your heart as your loved ones pass away, leaving you lonely, are devastations that fortify you with the willingness and desire to go yourself. The woman in this play definitely wasn’t upset about the dying thing. She was more than ready to go because the pains had served their purpose.

But there is another kind of death that haunts me – the kind that made the woman in the play grieve. The great Martha Graham once said, “A dancer dies twice.” The day she leaves this earth is her second death. The first comes the day she can no longer dance, at least, not as she knows it.

That day teases me weekly; through injuries and age, I feel the day threatening me with each dance class, with each jete, each pirouette. 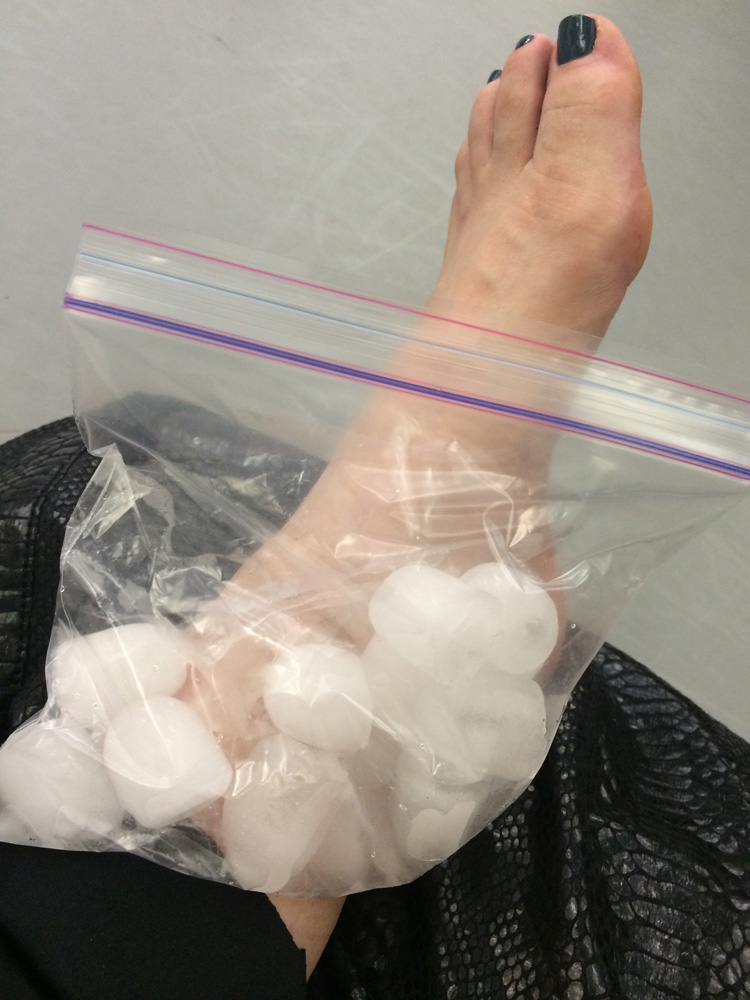 I had shooting pains up the inside of leg. What the…?

I recently saw this video clip on YouTube of an 80 year old woman dancing Latin ballroom with a young man who was throwing her all about like a rag doll. I was wondering how on earth she could do THAT at 80 years old and I can barely get through an easy class at my age?! She told her story about how she had indeed danced when she was very young, but had given it up when she married and had children. She only just recently, after her husband died, picked it back up.

It occurred to me that that’s why her body isn’t broken down…She hasn’t been torturing it for the last 6 decades. When I think of what I’ve put my body through all these years it’s no wonder it feels broken down now.

Here’s an interesting before and after… 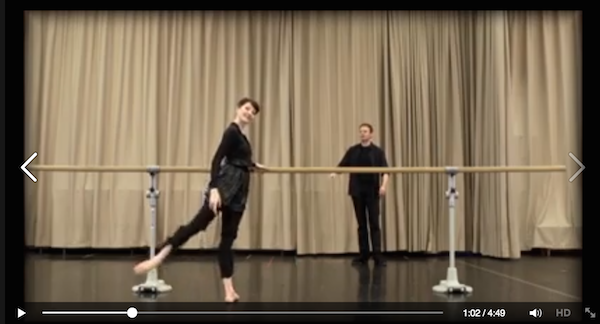 To watch this beautiful video, please click on this link to view in full. 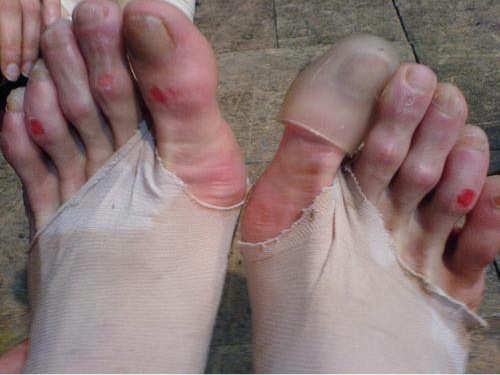 What looks effortless and stunning does indeed take its toll.

For now, I will continue showing up to class, and if it’s in the cards, I will continue dancing as part of my career in musical theater and such. I will keep pounding away until this body is simply used up. If I have to die as a dancer, I’m going out with panache!

And when it’s time to die as a human I hope to do that with panache as well. I’m fond of saying I will never die because I’ll just keep my eyes open. My husband laughs at me saying, “Yeah, ‘cause that works so well for you when you’re trying to keep your eyes open watching TV at night!”

He’s right. I won’t stand a chance when it’s really my time.

But in both instances, I’m going to go out fighting.