Someone exposed himself to me in a laundry room.

Whoomp, there it is. (That’s what she said.)

But all joking aside, it was most unpleasant and certainly not how I’d choose to start my morning.

The fact that it happened doesn’t shock me too, too much. Since living in New York things don’t usually shock me. In a city like New York you see a lot of things. I’ve gotten used to rude behavior, gruff inconsideration, and the harsh surprises the city can present. But this wasn’t in NYC. It was in a brightly lit, fully open, La Jolla apartment complex laundry room. And I might add, at 9:15AM! Not some questionable hour. Not in a dingy, dark basement. Not in a sketchy neighborhood. I would have never thought to proceed with a heightened level of caution. 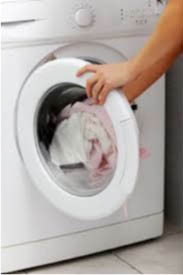 He was already in the laundry room when I got there to take my clothes out of the dryer. He was folding his clothes, too. I gave him a friendly hello and opened my dryer. As I bent down to pull out my clothes, it was impossible not to notice the erection in his shorts. It looked like he’d pitched a tent in there. I felt uncomfortable to say the least, but chose to ignore it. I simply pretended that I didn’t notice.

Obviously I thought it was odd, and it did occur to me that he meant for me to see it, but I also had this concern that maybe he was embarrassed, that maybe he was mortified that he had an uncontrollable boner. Maybe he had a mental disability. Maybe I gave off a vibe by saying hello. I wondered if it was my fault. My instinct was to protect him as much, if not more, than me. I was scared, but I continued to fold my clothes, hoping beyond all hope that the situation would not escalate. All I wanted to do was run out of there, but I kept folding my clothes, pretending I didn’t notice. All the while concerning myself with his feelings.

I did think too that somehow this was the safest plan. I proceeded as usual, pairing socks, even though there was nothing usual about my predicament. I figured when I was finished with my chore, I would swiftly, but calmly exit, and nothing more would come of it.

But my hope was dashed when I inadvertently glanced in his direction again, this time to see his exposed penis sticking out of his shorts. An invitation, if you will. Or at least, I prayed that’s all it was, but I didn’t know for sure. I once again pretended I didn’t notice. But now I knew I must not stick around any longer to see what else might happen. I absolutely had to leave as quickly as possible.

However, leaving the laundry room would require passing by him to get to the door. Would he let me pass or would it be the fateful moment he decides to take further action? 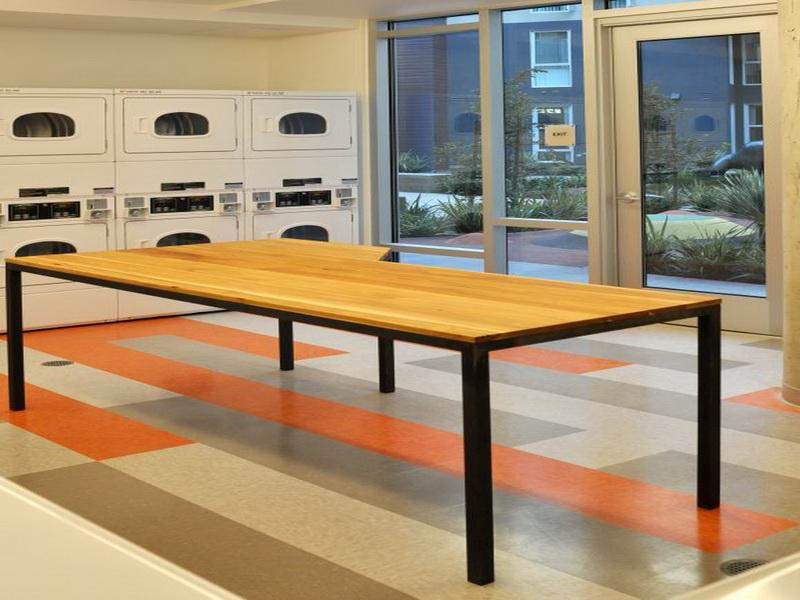 I threw the rest of my clothes in my laundry basket, took a deep breath, and headed for the door. Luckily, I got out without further incident. Apparently, a suggestive invitation was indeed all he had in mind. He did not advance toward me or even talk to me. I got out of there unscathed…physically. But then, in an attempt to maintain the gross charade of pretending I never noticed a thing, I departed the laundry room calling out over my shoulder, “Have a nice day”.

And though my heart was still racing and I still felt a little scared. The more nagging, more irritating feeling was, “Seriously?! You’ve gotta be kidding me with this?!”

And the thing I felt most was MAD.

Mad that he thought he could get away with it. Mad that I was so vulnerable. Mad that I had been in that position. And really, really, mad at myself for not telling him to f_ck off.

Once I was safely back inside our apartment I felt this feminist rage building inside me. Why was it so important for me to protect him?! Why, when he was being so crude, did I feel the need to be polite and shield him from feeling uncomfortable? And why did I feel the urge to use pleasantries upon my departure even after I realized there was nothing pleasant about our encounter? I believe the answers speak to a larger issue…

I’m about to present an over simplification and generalization about girls and women. I know boys and men feel these things too, but since I’m a girl, and for me, I believe it is partially because I’m a girl that I felt these things in the laundry room, I will speak from a female perspective. Let’s start with the fact that this guy thought it was ok to approach a woman in this manner at all. As if just the presenting of his penis would be enough for me to desire him. It’s a penis after all, certainly I’d drop everything to tend to it. I mean, really? Exposing one’s genitals is not the equivalent of, “So, you come here often?”

Even with the feminist movement making strides, there is a prevailing misogyny that exists in our culture. Girls are taught, whether directly or indirectly through societal norms, to be nice, to be polite, to smile, and not ruffle feathers. A girl standing up for herself is unbecoming. Now, I don’t believe that in my heart. Not one bit. I know I can, and should, speak up when something is wrong. I admire any girl who does stand up for herself. But therein lies my point. I admire her. When a girl takes a stand we shout, “You go, girl!”, we exclaim “Girl Power!”, and treat it like a celebration. We see it as bold, strong, and special, when it should be normal, average, and expected.

And it’s not like I’d have had to use inflamed language to speak up to his guy. I’d love to think I’d have the moxie to verbally bitch slap this dude, but I couldn’t even muster up, “That is inappropriate, and for the record, illegal. You are making me uncomfortable and I’d like you to put your penis back in your pants.” That would have been, dare I say, lady-like without being a completely lame victim.

True, a big contributing factor to my behavior was my plan to act normal in an attempt to stay safe. But it is one thing to ignore him, not engage, and trust my instinct by keeping my distance. If I found myself in the same position again, I would handle it in a similar fashion. It was a calculated decision to not instigate, not use inflamed language. Choosing not to confront him was a way of staying low, like say, playing dead in front of a bear. But it is an entirely different thing to subject myself to possible danger in an attempt to be nice.

This has turned into a rant. I apologize. No. Wait. I don’t apologize. I wish I would never apologize again for something that’s not my fault. I have power I wish would never be threatened. I have innocence and trust in people that I wish would never be tested. I’m not going to add insult to injury by berating myself. I did what was best to keep myself safe. The most important thing is I got out of the laundry room without giving rise to anything else. No pun intended. But damn it, I’m mad. And I’m dismayed that my confidence was shaken by this creep.

So just to get it out of my system, I give you the retort my friend Stuart suggested: “Shouldn’t have put your penis through the dryer with your clothes. Looks like it shrank, asshole.”

Ladies, share with me stories of times you wish you’d have stood up for yourself.