All I Ever Wanted

Most stories begin at the beginning. But today I’ll start with the end . . .

I just saw my friend conduct the Broadway national tour of WICKED!!!!! 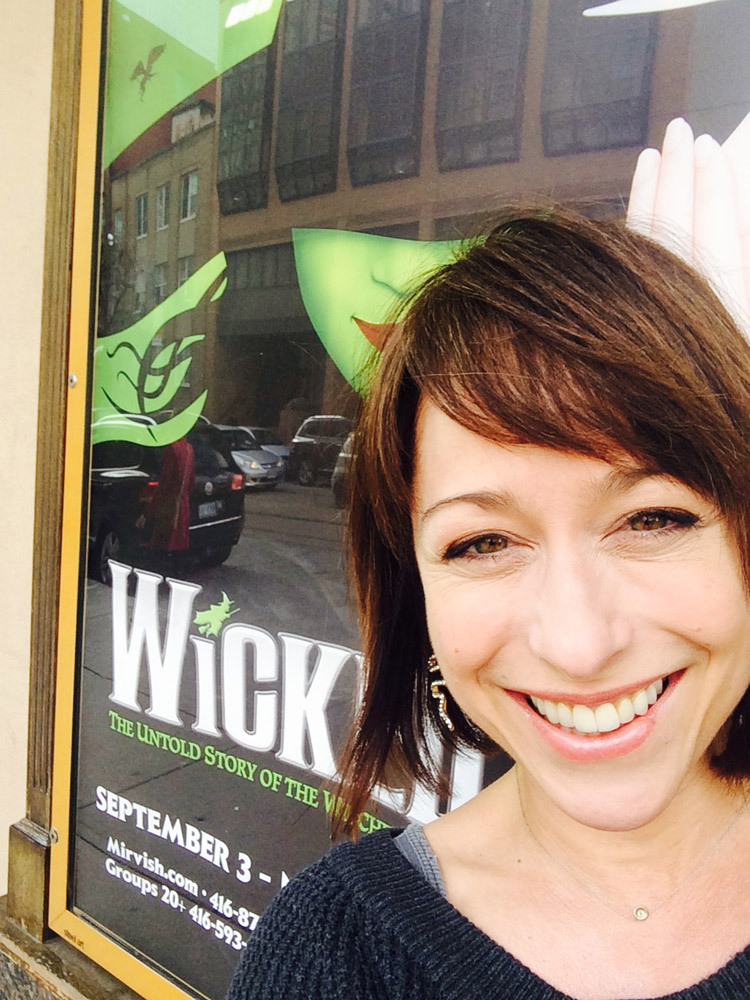 You have to understand, it was kind of surreal to see him in the orchestra pit, as opposed to on stage. See, Dan is a bright-eyed, bushy-tailed, exuberant musical theater geek from Connecticut who has had his sights set on Broadway, and more specifically, tap dancing on Broadway, since he was a kid. He did everything right, too, in his quest to achieve that goal. He studied and trained, he believed in himself, he made the brave move to NYC. And nothing was going to get in his way or stop him — except maybe one thing – a new dream. 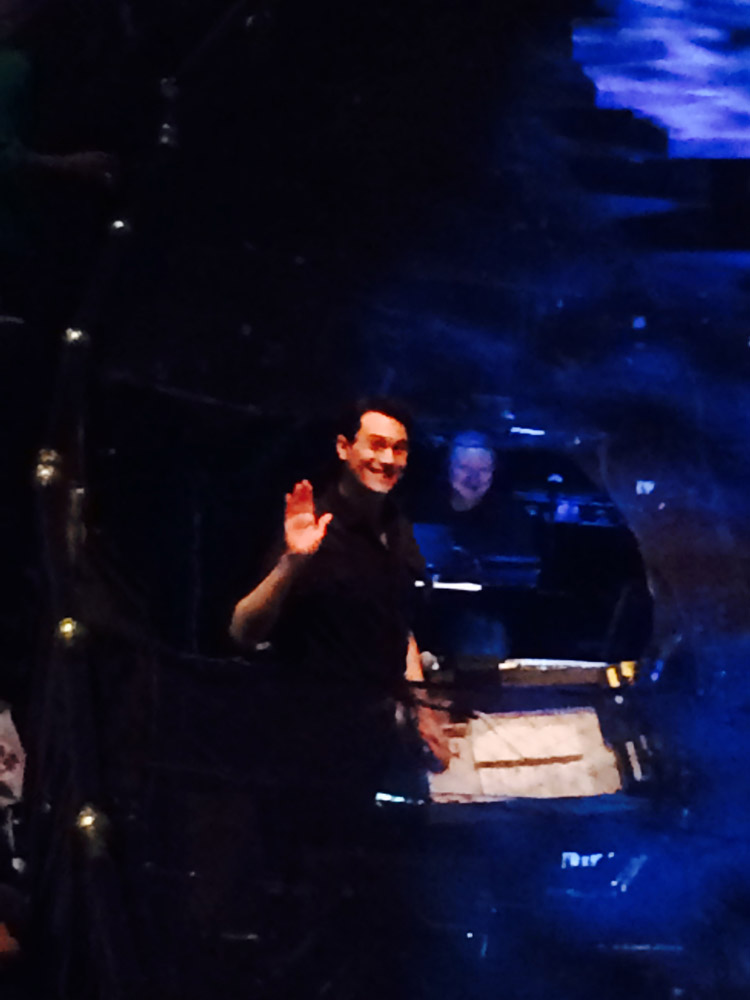 Patrick and I often think about what leads to success. One rule we’ve learned for sure, is to be flexible. You must be prepared for success to look different than you originally imagined. There is a distinction between being focused, determined, and steadfast on a goal and being rigid, blind, and unadaptable to opportunities. With too narrow a vision of success, you miss all the incredible signs along the way that can lead to even greater joy.

That was certainly the case for me when it came to Trading Spaces. All I ever wanted to be was a dancer/singer/actress on Broadway. I went to a performing arts high school. I was a dance major in college. I knew nothing of television or hosting or home improvement, for that matter. It was a friend who really pushed me to audition for Trading Spaces in the first place. She worked in television and kept saying to me, “You’re perfect for this show.” I was like, “Um, I’ve never hosted anything, I’ve never done TV, and I don’t have a background in interior design, so how am I perfect for this job?” She kept saying, “I just know it.”

And you know what? I came so close to turning down the job after I booked it! I mean, I had trained my whole life just to dance, sing, and act. Suddenly, I wouldn’t be dancing, singing or acting. It would be weird. It wouldn’t be me. It would interrupt my goals. I felt like saying, “Thanks, but no thanks. That’s just not for me.” Little did I know, it would change my entire life and career in marvelous ways that I could have never imagined on my own. And in accepting the job, I realized I absolutely loved hosting. I loved interviewing people. I loved developing a story with producers. It was cool. And not to mention, it paid great! Ha!

A re-imagination is exactly what happened to my friend Dan. For years, he had been trying to make it in NYC, even made his Broadway debut in the musical Chicago playing Mary Sunshine. Not tap dancing, true, but all good! Thumbs up.

He was still struggling though.

Like everyone else in this crazy business we call show, he was auditioning constantly, battling the rejection, trying to make rent month after month. He began coaching and teaching voice lessons to make ends meet. And he was good at it. Before he knew it, he had many clients and some folks, including my husband, hiring him to be the musical director of their cabaret shows. He got a taste of what it was like to be behind the piano, supervising music, and having a real impact on the artistic direction of an entire piece. And then, to his surprise, he realized he wasn’t just good at it, he loved it.

He began to imagine an entirely different life and career where he’d be the one behind the audition table, where his salary would actually allow him to achieve other dreams he thought would be permanently on the back burner – like a husband and children and a country house. Snap. He realized he had a new dream, one better than any vision he ever had before.

It took real courage to change course. He not only had to begin training in a whole new arena, he had to give up some of the securities he had counted on along the way. For instance, in order to be available for musical director opportunities he had to resist signing contracts for performing gigs that would take him out of town.

I remember when Chicago invited him to continue on tour when his initial contract was coming to a close. He so desperately wanted to grab the bird in hand of that guaranteed paycheck. I encouraged him to turn it down. He was so scared. But he did it. And by golly, the universe rewarded him with an immediate sign — an offer to be the musical director of a new Off-Broadway show. And it wasn’t but a few months later that word got ‘round to Steven Oremus (Musical Supervisor for little skits like Book Of Mormon, Kinky Boots, and Wicked) that Dan was talented, full of energy, and simply terrific. Next thing Dan knew he was being offered Second Piano/Associate Conductor on the national tour of Wicked. He doesn’t get to conduct often, but when he does, he is on Cloud 9. He’s growing and he’s stimulated and he’s fulfilled. 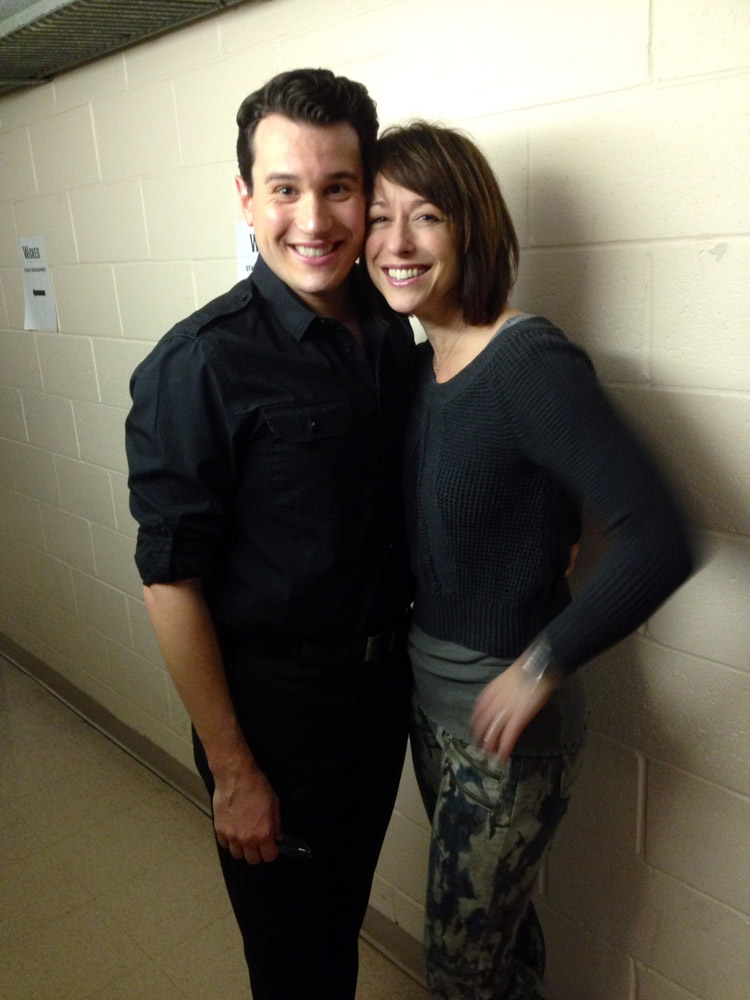 He is doing something he never once pictured until two years ago and he has never been happier. The trip to see him conduct was like a celebration of his guts, his glory, and his new path. I couldn’t be more proud and impressed.

So, in essence, I actually did start at the beginning of the story . . . just a new beginning. Here’s to you, my dear, deeeear friend. Here’s to you. 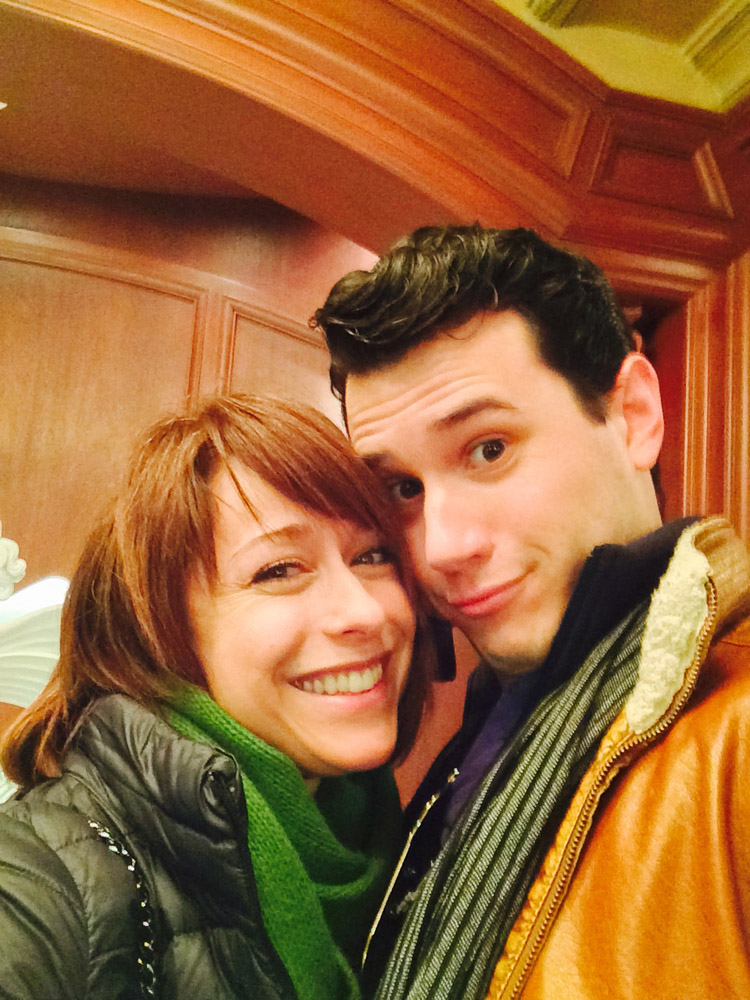