Do you ever think about how you’ll die? Not when, necessarily, but how? I’ve had a premonition that I’m going to die getting hit by a car or truck. Don’t laugh. I don’t assume it will happen anytime soon, might not happen ’til I’m 104, but for some reason, I think that’s how it’s going to happen. Seems probable given my uncanny accident-prone tendencies. That’s why I said don’t laugh. I could actually hear the chortle from my friends and family as I wrote that, “No doubt that’s how it’ll go down. That girl never looks where’s she’s going.”

I do think about it a lot. I have a fear and uncertain wariness regarding death. For starters, I simply do not want it to happen at all. Who does, really? Well, the answer to that has me thinking what it would take to want death.

I had two friends pass away this week, unexpectedly and far before their time. Young. Tragedies. This terrified me to no end. And I know of two other dear people currently quite ill, one fighting off cancer as best he can, another just waiting for the inevitable end. The second person is my friend’s mother. My friend sits by her mother’s side through this final phase.

And there are many different kinds of “death”, aren’t there? I saw Still Alice yesterday, the film starring Julianne Moore about a linguistics professor suffering the perils of early onset Alzheimer’s disease. The beauty of the movie was showing that she has, in fact, not yet disappeared/died when the Alzheimer’s takes hold, that she is indeed still Alice inside that head of hers, but Alzheimer’s is a death of kind, isn’t it? 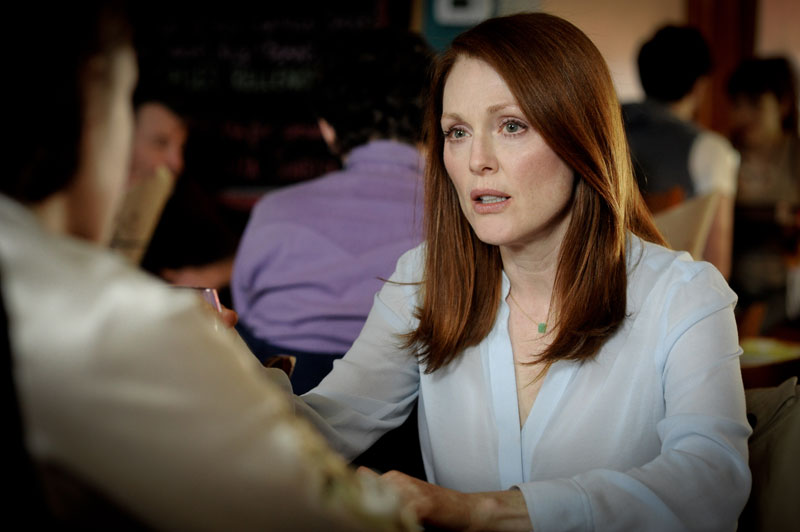 My friend’s mother is wading through the arduous demise that brain cancer inflicts. I wonder does that mean she has a terrible headache and will she have it until the moment she dies? Or is she on pain medication that keep the torment away? I’ve asked myself which I would prefer. Maybe it’s morbid of me to think of these things, but I’m serious. If I was taking the pain meds might it be harder to let go. I’d be thinking, “But I feel fine.” At least if I were in pain, death could offer sweet relief.

I wonder if I would want my friends and family around me if I were on my death bed (the answer is yes, btw . . . I think) or would it make it more difficult to say goodbye? Can one ever know until one is in that position?

There’s a part of me that wonders if I’ll welcome pain and agony. I often think it’d be the only way I would be able to cross over without bitterness and deep, deep sadness.

Maybe that’s why my mind gravitates to believing in an accident. Just bam! It’s over. No decisions. No turmoil.

I once had a cab driver drone on and on about the apocalypse. I say bring it on. That’d solve everything for me. Hahaha. Then I wouldn’t have to say goodbye to anyone or anything. We/It would all be gone. Poof. Done and done.

I’m making light, but in a way, I mean it. When? When would I feel like I could die? Will I ever feel ok with it? If I weren’t me anymore, would I be ok with it? Would I even know? If I couldn’t relate as me? Would that do it? In the movie, Alice records herself in a video to be played to her future self, telling herself when it will be time to take sleeping pills and end it. The character in the movie is certain what her boundary would be. For me, it’s so excruciating to wonder about while I’m still healthy. I simply cannot wrap my mind around it. 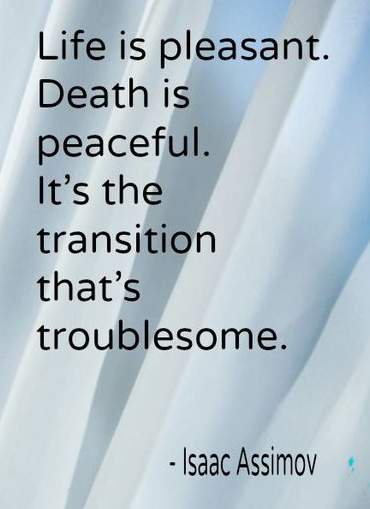 Patrick and I still don’t have living wills. It’s the worst, I know. My stepdad is always reminding me of this. I feel awful and stupid. Though it’s primarily due to everyday type, procrastination, not some deep-seeded denial of its necessity. But Patrick always jokes with me that I don’t need one. He has his marching orders. In no uncertain terms is he to ever let me die. Not fair, really. I’ve put him in an untenable position.

How to grapple with these questions when you’re healthy and strong? It’s supposed to be when you make these decisions . . . of sound mind and all . . . But I think I’d rather face it when I know better how I feel in the moment. Maybe the last hurdle won’t be so insurmountable when I’m right upon it, having to leap over.

We’ll see. That is certain. I will have to face it one way or another. No matter how I feel about it or when it might happen or how it might happen, it is going to happen. No amount of wrestling or agitation or struggle will keep death at bay indefinitely. And when it does finally come, I will have no choice but to be still.