I’ve been writing this blog for a year now. It’s been an amazing experience to put down my thoughts and opinions and feelings and have people read them and even comment on them. But I skipped writing last week. And lately we’ve been rerunning older posts from months ago. I’m proud to run them again and I know there are new people to the blog who may have missed those pieces before. But why have I had such a hard time producing new content lately?

When I first met with the woman that helps me run my social media platforms she told me one of the best ways to build a following was to generate a blog. She wanted me to write three pieces a week. My jaw dropped. I was like, “Whaaat? I can’t write that much!” She said to me. “You said you wanted to write.” I responded, “I said I was willing to write. That’s a very different thing.”

If I was going to write something that would live on the “interweb” forever I needed it to mean something. It wasn’t enough for me to just write my feelings or my opinions. I had read a few other blogs, and the ones that resonated with me the most painted a bigger picture, touched me and helped me see things in a fresh new way, or gave me a lesson or take away information that I could apply to my everyday life.

And maybe that’s why I’ve had such a hard time writing lately. I can think of things to say, but not really anything worthwhile. I’ve got a couple legitimate things that have hindered me from writing: I’ve been back on Broadway performing in CHICAGO, which isn’t so, so demanding, but I’ve been taxed more than usual because I am currently saddled with a cyst on my vocal cord that makes singing (even speaking) much more difficult. And to top it off I’ve been quite sick with a bronchial infection and severe allergies. I simply haven’t had a lot of extra energy to put into the blog.

But I think effecting me more is something I realized when I was initially trying to heal the vocal cord cyst with vocal rest. I had to be silent for over two weeks. When communicating something means writing it down on a pad of paper and waiting for someone to read it in order for the conversation to continue, you realize what’s imperative to say and what can be left unsaid. It dawns on you how much of your own voice is just noise. 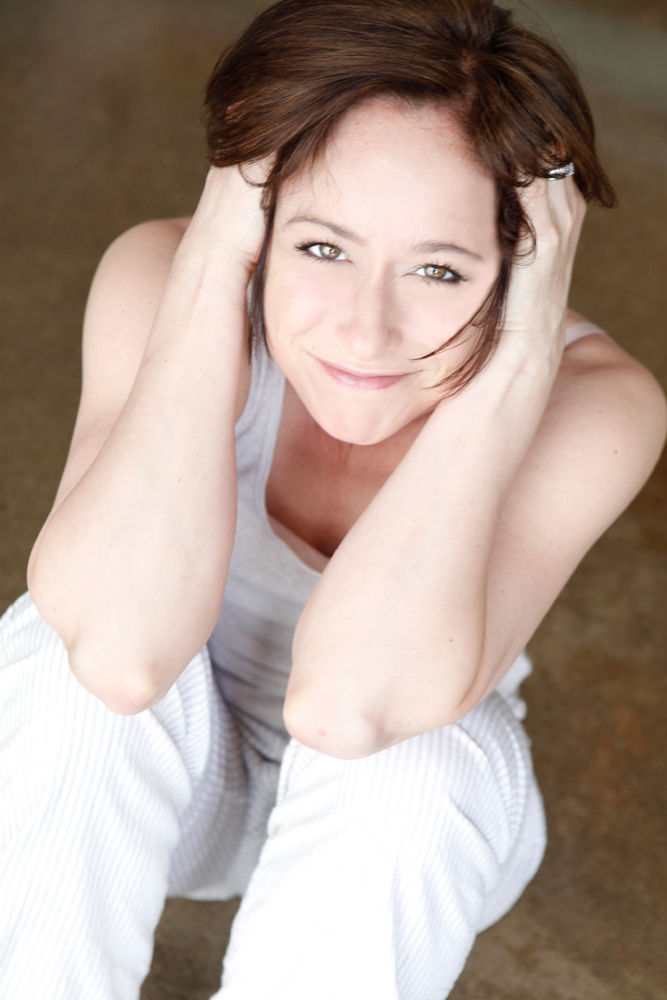 I’m often asked advice about career and marriage. And I’ve written a lot about that stuff. I get an ego boost when people say to me, “I’d really like to talk to you and get your advice.” But my stomach also sinks a bit because I’m not really sure I have any advice that is applicable or concrete, especially with career stuff. There are things I did to be successful, but there was a great deal of luck that went into it, too. I haven’t the foggiest notion what to tell people when they ask how I’ve achieved what I have in my career. In truth, I’m just as lost myself right now. I’m flailing about with little focus. No new job in sight, wondering what will be next for me. I am not immune to disappointment and failed projects and fallen promises. I think everyone who is successful wonders if they’re just a fraud.

I think deep inside everyone already knows what they have to do to get what they want. Even when I’m sad and feeling like giving up, I know in my heart what I have to do to make my way back. It’s almost always a process of going back to basics. Back to class, back to auditioning like crazy, back to being fearless, back to taking no prisoners, back to forcing myself out of my comfort zone. But we look for easy answers because, well . . . it’s easier. Wouldn’t it be great if there was a formula, an equation, that would deliver a positive return every time? We look to others to give us the answer. But there is no talent agent or executive or opportunity that will be the final answer. There will always be new challenges.

Have I said anything worthwhile?