I was paid a lovely compliment last night. It happened while I was attending a terrific concert called Broadway by the Year at Town Hall. It’s a marvelous series that highlights songs from Broadway shows in the specific years they debuted. The producer gets some of the best vocal talent in NYC to bring these songs to life, and it’s a really fun night.

Having returned to my seat after the intermission, the man accompanying the elderly women sitting next to me got my attention and said in reference to his wife, “She’s been raving about you.” Given that I wasn’t one of the talented singers on stage, I was struck with a little confusion. I said, “Me? I haven’t done anything.” The lady took my hand as I began to sit and she said, “You don’t have to do anything.” Then her husband said, “She’s been entranced by you since you first sat down.”

It dawned on me she was complimenting a certain inner energy or grace I was exhibiting. I was very, very flattered. But her words struck something deeper in me than just the compliment itself. As the lights went down for the second act I continued to repeat her words in my head . . . You don’t have to DO anything.

It’s up to us not to squander the massive opportunities that life has to offer – such a shame to let life pass you by without connections and dreams and goals – but regardless of what we achieve in ways that can be measured by numbers or checklists, we are automatically beautiful and full of inner light and worth by the sheer fact that we exist.

And in case someone hasn’t recently bestowed on you the sentiment expressed to me by that gracious lady, I would like to pass on the gift today by telling you, “You don’t have to do anything. You are perfect and special and beautiful just as you are – just because you’re you.” 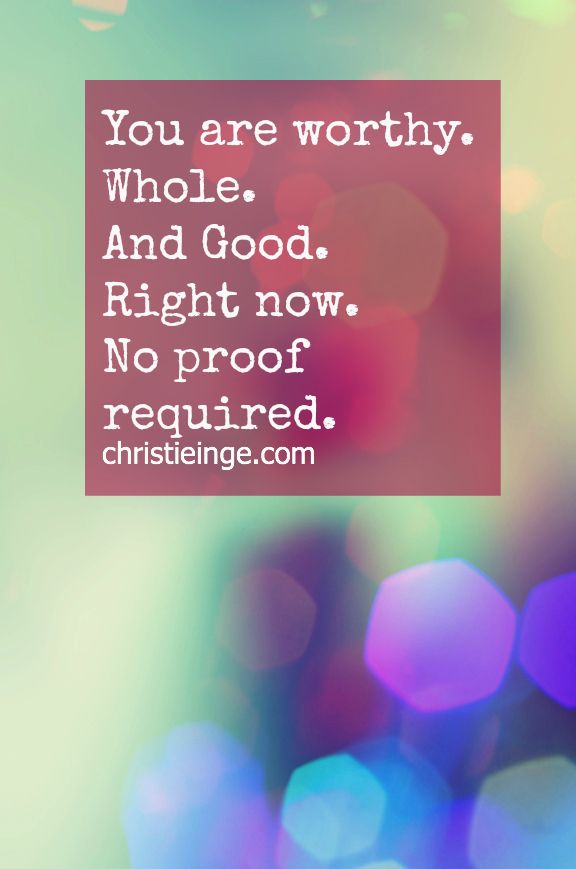