It Stops With Me

I was in Rick’s Coffee and Sandwich Shop in Monmouth, Oregon last week. An adorable joint where I met the funny, open-hearted Rick who made me a perfect almond milk latte served with a fair share of puns and a jolly smile. He gave me a beautiful start to my day.

While I was waiting for the foam to be heated I looked around at all the cute things hanging on the walls and decorating the shelves and tables. There was a gigantic chalkboard hanging by the register with miscellaneous inspirational quotes. One of my favorites was included among them: Be kind. Everyone is fighting a battle you know nothing about. – Plato 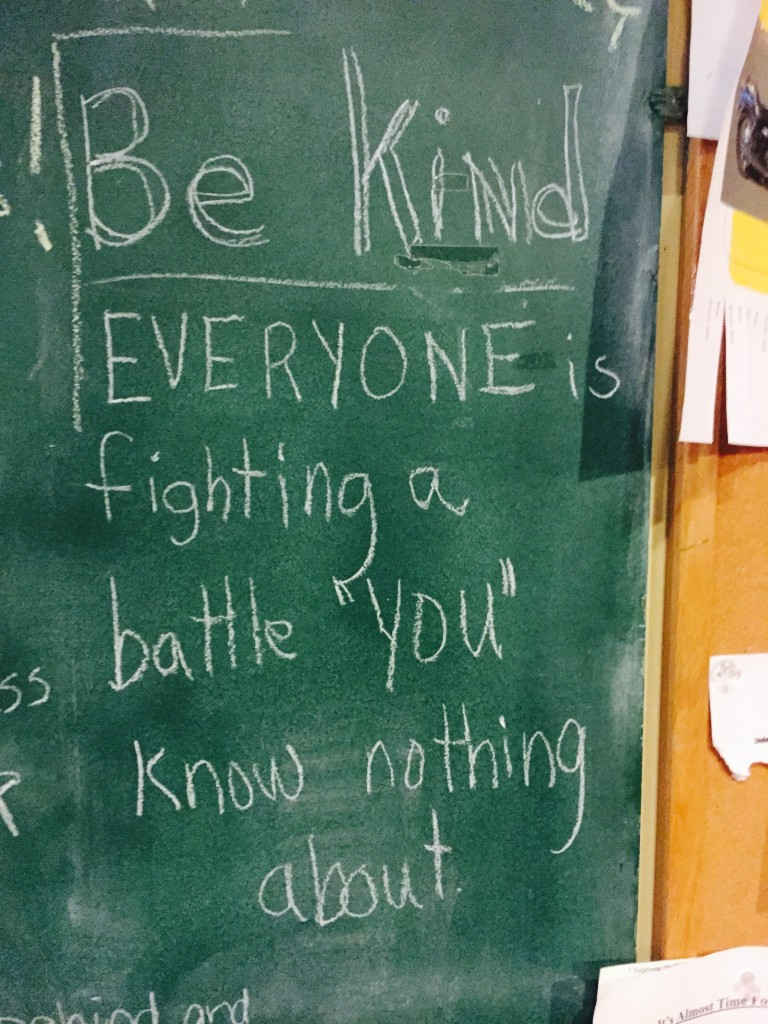 Chalkboard in Rick’s Coffee and Sandwich Shop in Monmouth, Oregon

This is so true and so hard to remember when we’re out and about going through our day. You know when you have those negative experiences with cashiers or in parking lots or wherever, and think, “Geez, what’s their problem?!” When it happens to me I think exactly the same thing, but I try to think it with compassion. Even though there’s really no excuse for rude or obnoxious behavior, I try really hard to cut strangers some slack because I am profoundly aware that I have no idea what they’re dealing with that day.

When Patrick and I were at the airport waiting for our flight back home from Oregon we went to an airport lounge. It was very early, so we were essentially with the first group of patrons walking through the door that day. Ahead of us was a man who was already berating the woman behind the desk. I have no idea what was wrong or why he was unhappy. He could have had a solid complaint, but it seemed rude and harsh to be screaming at this poor lady who was just trying to do her job. There was something extra injurious to hear it at that volume at 5:00am. I thought to myself this is no way for anyone to start their day. I wondered how it would trickle down to patrons arriving in the lounge throughout her shift. Would she now have her back up against the wall with each new person? If she acts slightly distant to those new patrons will they judge her and think she’s cold. They’ll have no idea what she’d already battled that day.

I felt for the woman, thinking only about how the man’s actions could create a ripple effect for all the people she will encounter down the line. I found myself judging the man for being rude. But then it hit me. I have no idea what he’s battling. For all I know he’s going through something tragic and it’s coloring how he approaches his days.

I was reminded of the inspirational quote on Rick’s chalkboard. It encouraged me to remember that before I judge or reprimand, I need to be kind. The chain of negativity has the prospect to stop somewhere. If at every encounter I choose compassion instead of judgment, it can stop with me. 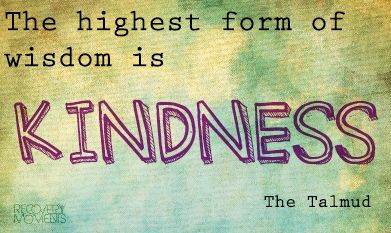