I met the craziest, cutest, most bright-eyed, star-struck girl a few weeks ago. She actually managed to track me down at Broadway Dance Center. When I came out of the school she literally threw her arms around my body and told me she loved me and I was her idol and it was because of me that she learned she could pursue acting as a career and not just as a hobby. I didn’t know whether to feel flattered or terrified. But almost instantly instinct took over and I realized it was a fan that had been corresponding with me via email for about a week already. I shouted, “Kelsey!” She rambled frenetically, “I swear I’m not a stalker! Well, I guess I did stalk you here, but it’s not what it looks like.” I smiled and knew she was harmless and speaking from the heart.

I told her I was rushing off to meet Patrick for dinner, but if she wanted to accompany me to the subway we could squeeze in a talk. She listened with a ferocity that actually inspired me. This girl was a sponge. It was clear to me she had what it would take to make it in the business of show . . . moxie. 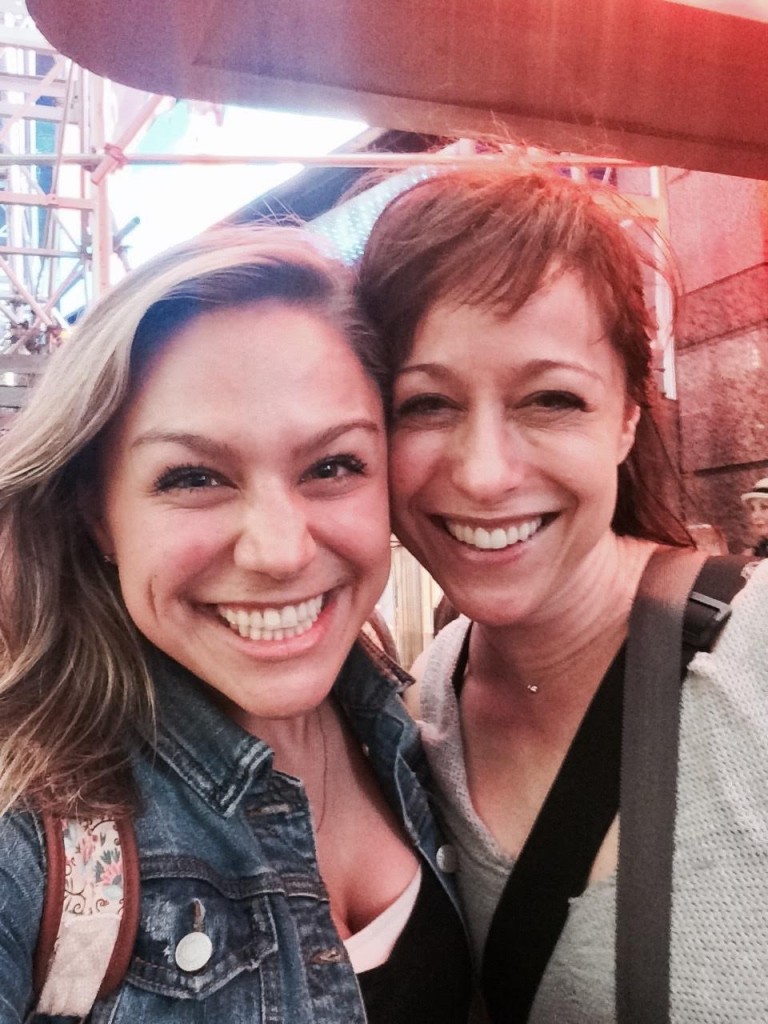 But she definitely needed advice. We all do when tackling such a huge venture, like conquering a ridiculous business, not to mention in a city that could eat you alive. I thought I might share with you some of the advice I passed on to Kelsey.

First I congratulated her for taking the biggest step of all toward achieving her dream of becoming a professional stage actor . . . moving to New York City. It took guts to get here. It will take even more to stay here. But this is where the auditions are. This is where the opportunities are. Yes, there are regional theaters across the country, but the cold hard fact is those theaters audition actors here. There have been times that my husband and I have worked in regional productions only to hear the local actors who have been cast in smaller roles complaining bitterly about the New York actors who come in and steal all their parts. To that we say, “Get your butt to NYC, work three crappy jobs to pay the exorbitant rent on your sh_thole apartment that you have to share with two other obnoxious roommates just to get by, and compete in the biggest pool of talent where thousands of more talented people are standing by to ‘steal’ your parts.” (Whew! I typed that in one breath. Pardon me while I brush that chip off my shoulder.) 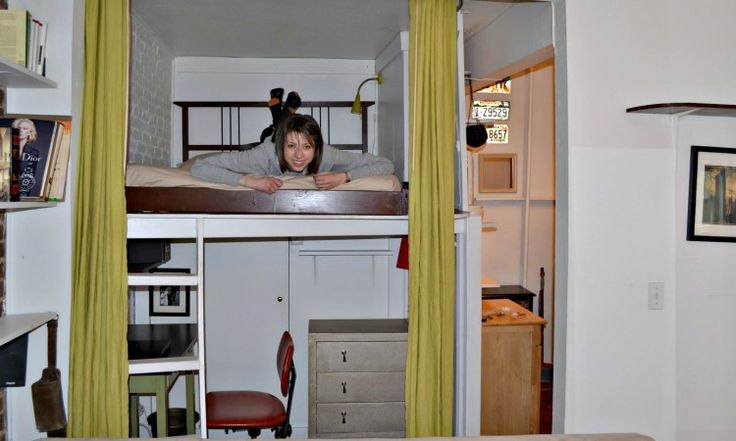 No, this isnt me or an apartment I lived in, but it definitely represents the kind of place most aspiring actors live when they first get to the city.
Photo courtesy of Google Images.

Then I went on to give her some practical advice about making a permanent home here and the first-things-first situation of setting up shop in New York. Perhaps these basic tips will resonate and be helpful to some of you aspiring actors out there. (Then keep reading for the 8 Life Lessons!):

* Get yourself on social media. (Kelsey isn’t currently.) One of the fastest, most efficient ways of finding a sublet and connecting nowadays is via Facebook or other social platforms.

* Check the Equity call board or chat sites for sublets. If you’re not in the union, perhaps you have a friend who is and can assist.

* Anybody in your current school in need of finding housing too? (Kelsey was doing a summer intensive at The NY Conservatory of Dramatic Arts) Perhaps you can pair up with a fellow student, even two, and find a place to rent together. Roommates can be tricky, but they do allow better spaces to become more financially attainable. Plus, you gain an automatic network/family to come home to. Bonus. 🙂

* Don’t get too stuck  looking only in the obvious Manhattan neighborhoods. Look in Washington Heights, Astoria, Long Island City, Inwood, and Sunnyside. Tons of actor peeps live in these neighborhoods. Theses areas are lovely and not nearly as inconvenient as Manhattan snobs may imply. LOL.

* You’re gonna need a job. People wait tables primarily because the shifts are flexible and it’s a “disposal” job, meaning if you had to quit for an audition or gig, you would, and then just get another job at a different restaurant. Same goes for any retail job. You can also look into temping.

* Experience as a nanny or qualified babysitter can also be advantageous. It can be fruitful and flexible. Can be emotionally delicate if you book a job and don’t want to leave a family you’ve grown close to, but it can really serve a purpose of getting you shelter and cash in the city you need to live in.

But above all, and far more importantly, are a few life lessons that Patrick and I have catalogued over the years. Rules, if you will, that will sustain anyone and everyone as they try to keep their head above water and their spirits high in the quest to succeed in any difficult career or challenge: 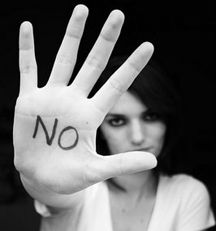 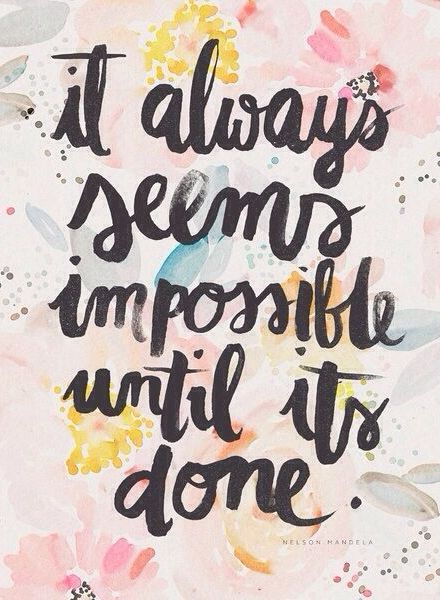 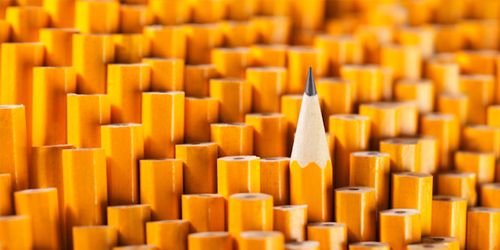 So there you have ‘em. Mine and Patrick’s life lessons and rules. Pretty straight forward stuff. And we realize easier said than done. But we will be those people in your corner telling you it can be done, encouraging you to stick it out. Consider us in your Rule #3 camp.

And tell me your biggest life lessons, too. I’m always up for learning. You know, Rule #2 and all. 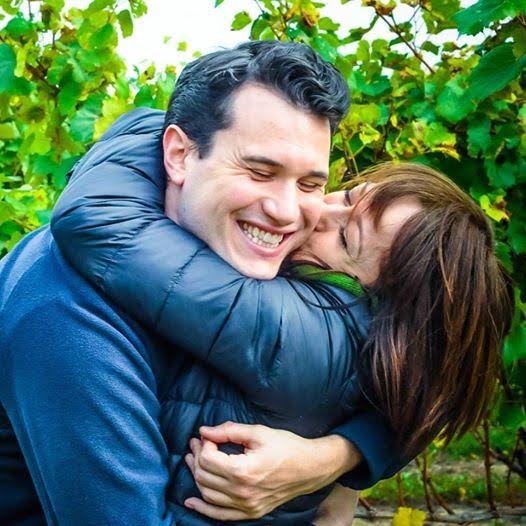 Me with my friend, Dan.