The other day I posted a question on Facebook . . . What did you want to be when you grew up, and did you achieve that goal? I am delighted and astonished to report that most of the people who commented said they did achieve their childhood dreams. Some people achieved them exactly, some people achieved them slightly differently than expected, some people found their goals changed through the years. But with the exception of a few, the overall tone was one of contentment and happiness. And even some people who claimed to not have achieved the goals they’d set out for themselves when they were kids, had a great sense of humor about it.

I’m not so sure why I’m surprised by these results, but it filled me with joy. There were a few people who said they’re still striving toward their goals and haven’t given up. I think that is great. To those people I say, never give up. Never stop trying because you never know when you won’t have a chance to try anymore.

This week the Broadway community lost a beautiful soul and spirit. Someone who was only 21, but someone who knew at an even younger age what he wanted to do when he grew up. He talked about it incessantly. He spoke of how one day he’d be on Broadway. Even as his friends kidded him about his dreams, he held steadfast and made it happen. And he not only made it happen, he made history doing it, becoming the youngest and first ever African-American man to play the role of Jean Valjean in Les Miserables. 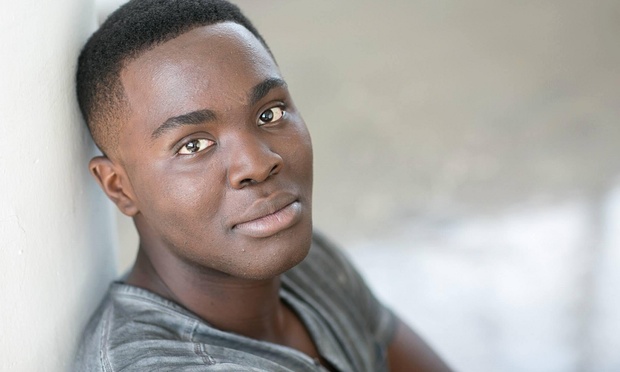 A picture of Kyle Jean-Baptiste, courtesy of TheGuardian.com

His story is tragic and bittersweet. Because although he had his whole life ahead of him, a life of incredible promise and unsurpassed potential, his life was cut short by a freak accident off a fourth floor fire escape. Yet he did manage to achieve a remarkable goal before his untimely death. In actuality he even exceeded his own meager wish to be on Broadway. He not only performed on Broadway, he starred in an iconic role, blowing everyone away with his talent.

It’s hard to make sense of it all. Oprah always says, “God can dream a bigger dream for you than you could ever dream for yourself.” Well, God gave Kyle this splendid dream, but then ripped away his future. How do we wrestle with that insanity? By learning from it. By letting Kyle’s loss inspire us.

This blog goes out in memory of the dear, tender-hearted, and gifted Kyle Jean-Baptiste.

I did not know this man. (It’s even hard for me to write the word man. This boy. He was only a boy.) But I have read much about him over the past few days — one article being from The Guardian. His story touched me deeply, as it did everyone who heard about it, as you can see in this clip from Kyle’s Memorial.  He grabbed life by the you know what and squeezed out every ounce of joy and happiness he could. And thank goodness he did. Gone too soon, but never forgotten. May Kyle’s story be a chilling and reaffirming example to us all. Live now. Don’t wait. The final chapter of his story speaks loudly of the importance of living each day as if it were your last, because the truth is, you never know.

Here is a lovely video of Kyle’s audition for Les Miserables. I suggest grabbing a box of tissues.