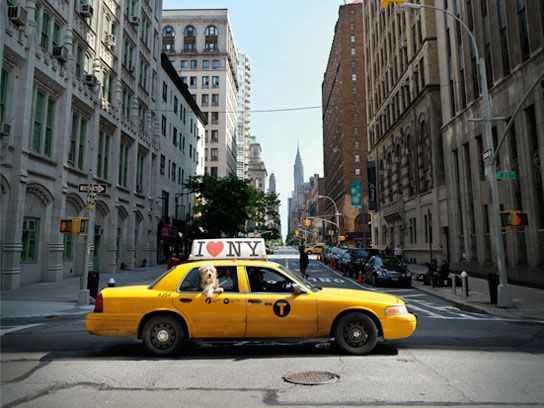 Call me biased, but New Yorkers are the best! I don’t know how people in this town got the reputation for being so unapproachable and mean. Ok, I’ll give you that New Yorkers are most often in a hurry. We expect things to go quickly, to never break our stride, and we do our part to keep the wheels in motion. So, if the man behind the deli barks at you to figure out what you want to order, it’s probably because your indecision is slowing down the works, not because he’s an obnoxious bully. If you ask me, it’s our city’s charm. It gives us our flavor, our personality, our energy.

And what I’ve found time and time again is that New Yorkers will always slow down, pay attention, and assist anyone and everyone when times are tough, when it really matters, or when someone is in danger. The grandest, most epic example of this was after 9.11. Everyone pitched in. Everyone gave all they had. Everyone looked out for the neighbors, and even strangers. New Yorkers stepped up for one another.

This week I witnessed an event with similar grand gestures from strangers on a radically smaller scale, but no less epic . . .

I was walking on Third Avenue heading to an appointment when I heard a desperate, shaky, yet blood-curdling scream from what turned out to be an elderly woman whose dog escaped from it’s harness. “GIGI!!!!!!!” Sheer panic. I looked around to see a teeny tiny Chihuahua darting up the avenue, running faster than cockroaches scurrying after a light flicks on in a kitchen.

I rushed to soothe the woman, try to calm her; frankly, try to keep her from dropping dead from a heart attack. There was a group of us holding her up as she sobbed and wheezed. Others leapt to try to catch the puppy. Dozens of people running and shouting to others up ahead to stop traffic, screaming “stop that dog!!!!”

Everybody offered assistance. It was almost stupefying to witness all of Third Avenue come to a halt in one joined purpose. Shop workers came out onto the street to witness and pray. A bus driver even got out to lend a hand.

We could all see the dog run between peoples’ legs, get away time after time. There were audible gasps in unison terror as we saw the dog get knocked by tires, almost get run over multiple times, and slam into newsstands and trash cans — all the while the woman was wailing with agonized confusion and fear.

We ran for many, many blocks on Third Avenue and then down 68th St. on a tip from a bystander that Gigi had run in that direction. Nobody giving up. Nobody driving away. Nobody leaving the woman’s side.

Then, in a scene I can only liken to a movie, we saw a giant man walking toward us, as if out of fog and haze on the horizon, with a little puppy in his hands. He smiled at the crying woman and gently said, “I think this feisty little girl must belong to you”. We all burst into tears. The relief was so great. We knew all too well that the story could’ve ended very differently. He bent far down to the frail woman as she outstretched her arms to give him a hug. Everyone hugged him. A mismatched group of joggers, businessmen, nannies, shop owners — the Benetton ad that is NYC — in a group hug around this man, this woman, and her dog. 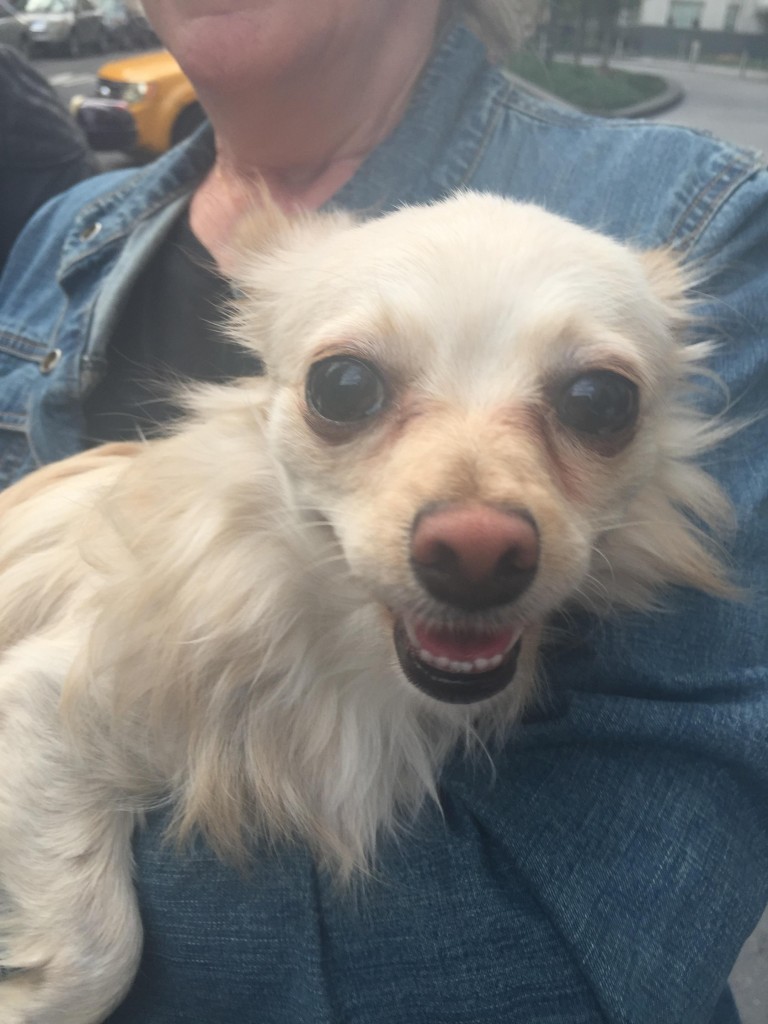 Still shook up, but safe in her mommy’s arms.

A happy ending. I probably should end the story there, but there is a slight twist.

Amid all the joyous laughter and tears, another woman who’d been witnessing much of the event, approached the group asking, “What happened?” The old woman responded that Gigi had escaped her harness. Then the woman started shouting at her, “This was entirely your fault! You should go to jail! You deserved this! If that dog had died you would have only you to blame! You shouldn’t be allowed to keep that dog anymore!!!!”

A split second of stunned silence.

And then a roar out of this delicate old woman that took us all off guard, “Get the f_uck out of my face!!!!!”

I tell you this not to taint the happy ending, but to point out how differently people cope with stress. Scary times bring out so many different emotions. It’s possible that the angry woman has an angry disposition all the time, but I’m willing to bet that she was just overwhelmed and scared, and her stress and worry came bubbling over in that way. Instead of crying, she was blaming. Fear brings out the best and worst in us. I don’t know if I have a grander point that I can adequately express at this time. But I noted it and found it interesting. Would you have dismissed the yelling woman as just a raving lunatic? Or would you have given her some slack, knowing she was riled up and panicked too? It’s all in one’s perspective. Don’t get me wrong. I wanted her to mind her own business. It wasn’t the time or place for words of that nature. But I did feel bad for her too, in a way.

There were still some lingering argumentative words exchanged as they separated, but we all calmed back down and celebrated again as we escorted the shook-up woman and Gigi to the vet nearby and said farewell.

Boy, oh boy. What a day! But just another day in the life of this city. Over and done, not a trace left behind of what had transpired. I sometimes wonder what crazy story or happening I may have missed because I’m walking just two minutes behind or one block over. But I never have to wait long to stumble upon something. Never a dull moment, that’s for sure. I’m proud of how our citizens stepped up to help. Gone went the notion of any appointment or meeting or schedule. All dropped away except the immediate necessity of aiding this neighbor in distress. Like I said, New Yorkers have their hearts in the right place. They’ll prove it time and time again.

But sweet Gigi, I could do without that particular kind of excitement in my day. LOL. So, be a good girl from now on, K? 🙂