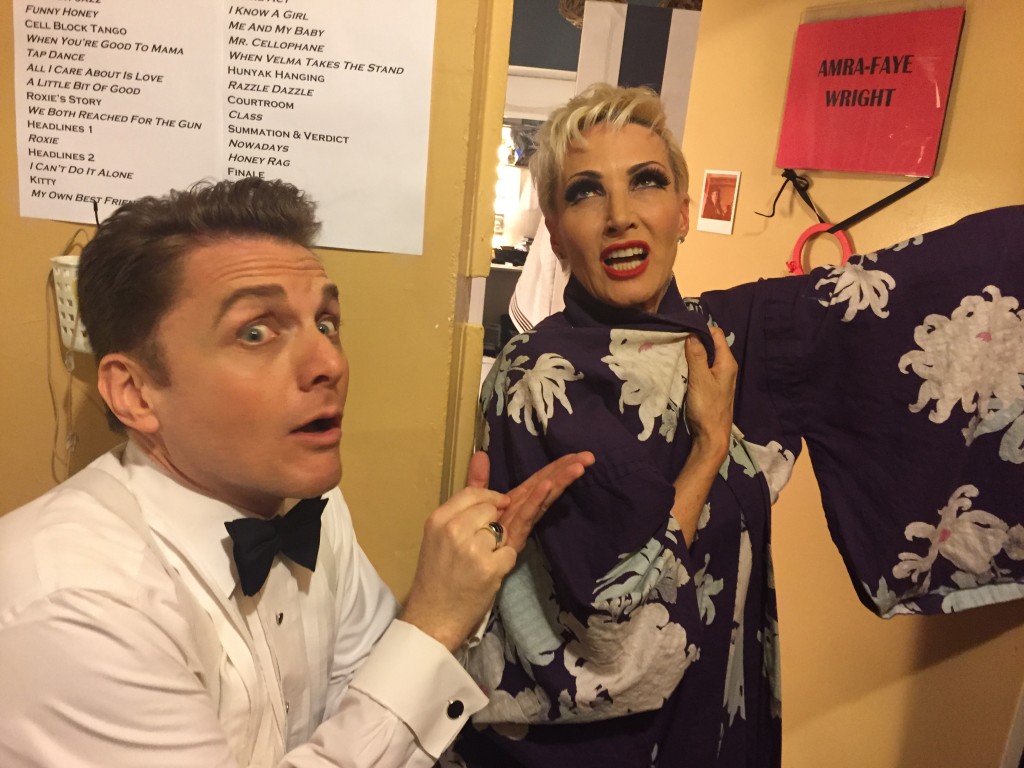 I’m coming to the end of my run in CHICAGO, the musical, on Broadway. Any fans out there living in NYC, near NYC, or are planning a trip to NYC, you have through this weekend to catch me as Roxie Hart.

It’s been my run in CHICAGO that’s kind of kept me from posting new blogs these past couple of months. The show just takes it out of me. I’m tired. As Roxie says in the show, “I’m older than I ever intended to be.” LOL.

But since CHICAGO is my excuse I thought I’d share a few backstage memories with all of you. You know, let you in on the little things that keep me going when I’m exhausted or injured. Mainly, it’s the cast and crew. I adore these people. Coming back into the show is like returning to family. It’s comfortable. It fits. And I feel at home. These people, show people, if you will, keep me laughing, keep me on my toes, and keep me happy even on dark or lagging days. 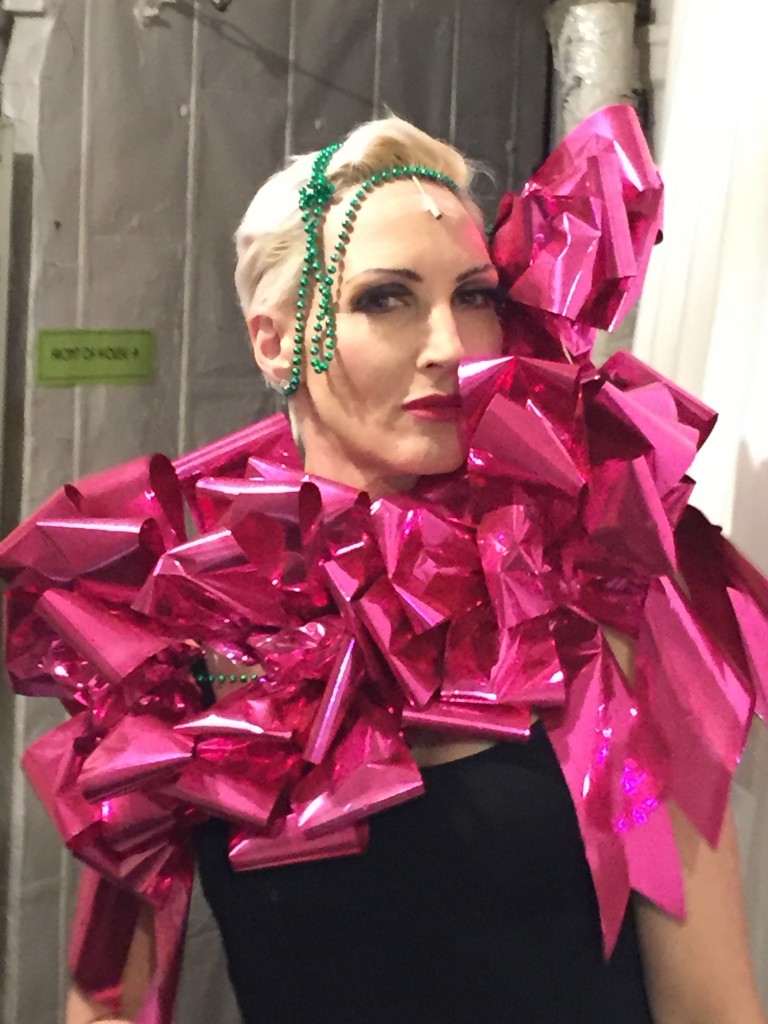 Meet Amra-Faye Wright. You can always count on her to don some crazy costume put together from any number of random bits of goodies lying around backstage. Nothing like coming off stage between scenes and coming face to face with this image.

There’s another picture I have of Amra that I’d love to post, but it’s really a little too risqué for general viewing. But imagine if you will returning to your dressing room to the image of a woman beveling in your doorway, gingerly clasping a glass of champagne, clad in nothing more than a G-string and the bottom of a take-out container somehow magically floating to cover her boobs. Hilarious. I just burst out laughing! I believe some have been put away for less. 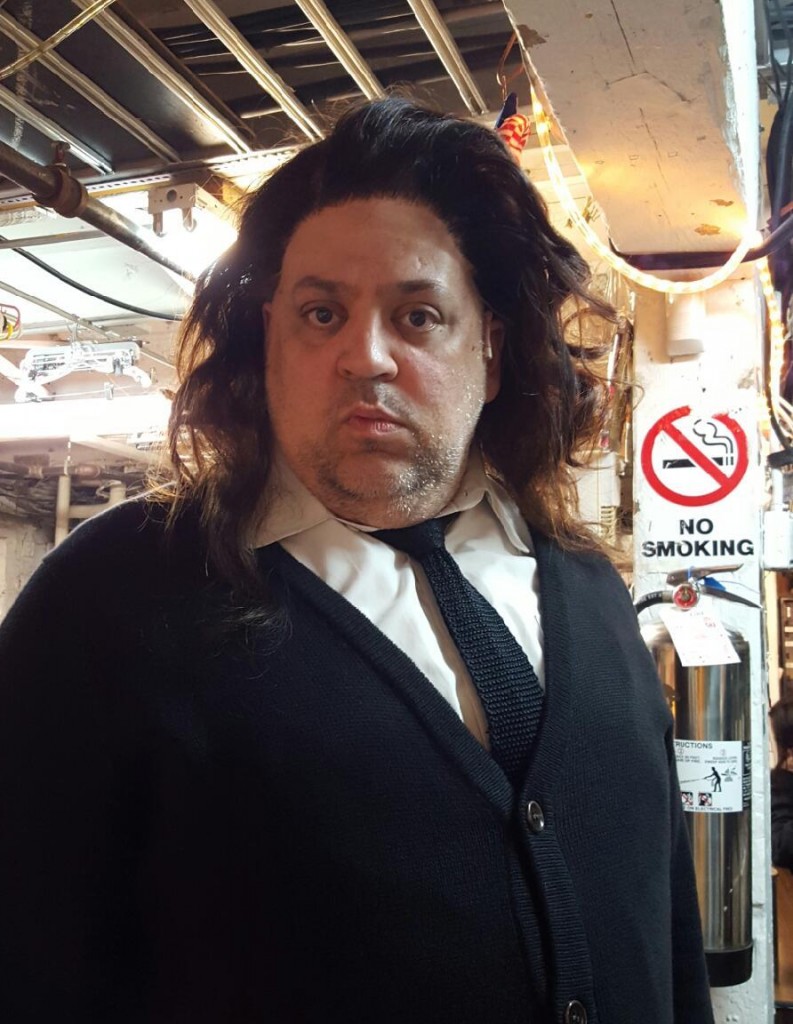 Then there’s this guy . . . Raymond Bokhour, our Amos, usually bald, wearing a defunct Go-To-Hell-Kitty wig. He’s very serious here, but I dare any of you to keep a straight face looking at this picture. 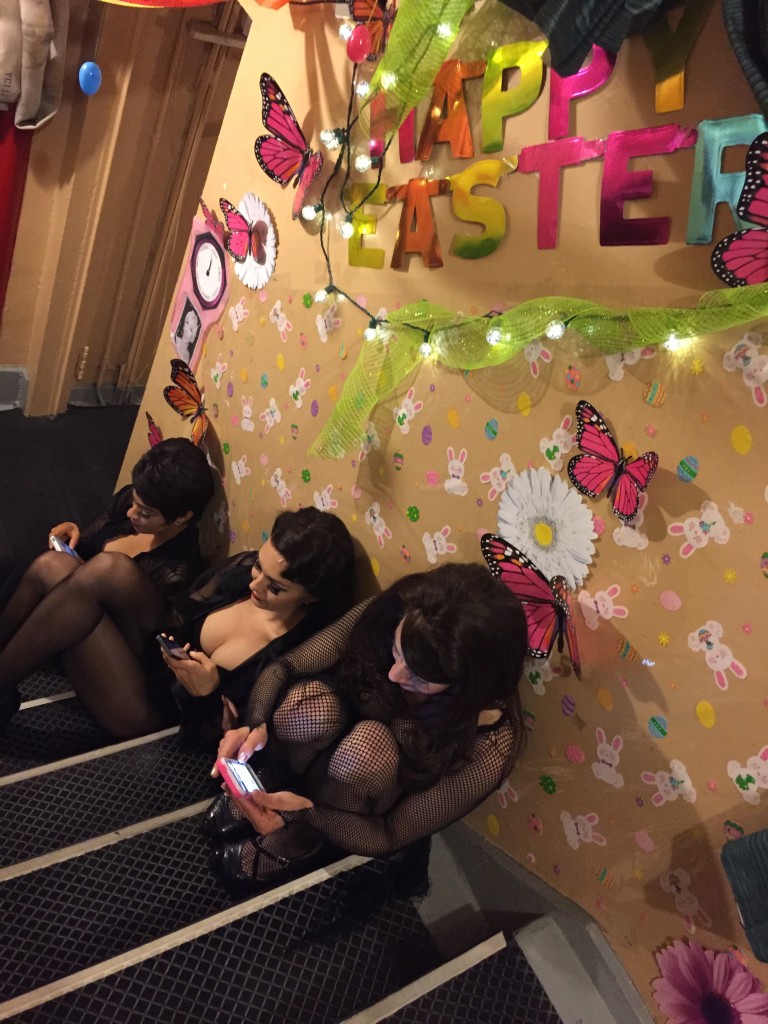 Then of course there’s the completely blasé, not trying to be funny moments that can crack me up the most. Nothing like women in scantily clad lingerie perusing the New York Times or checking their phones. 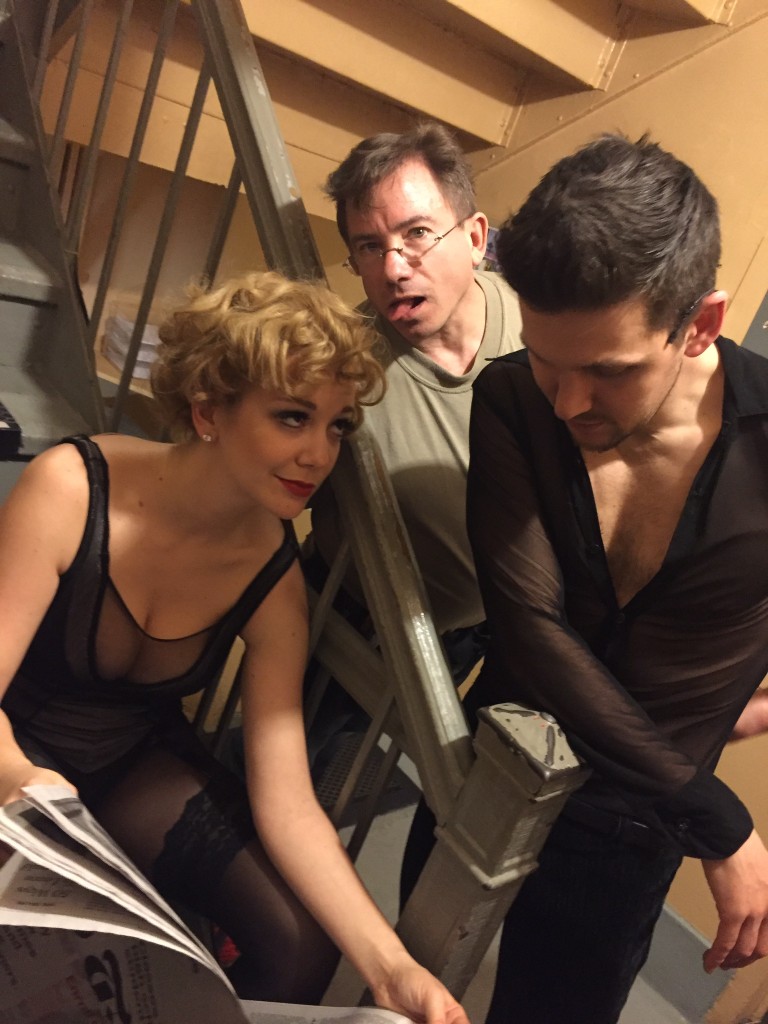 And you can always count on a photo bomb. We are narcissistic artists dying for attention after all. 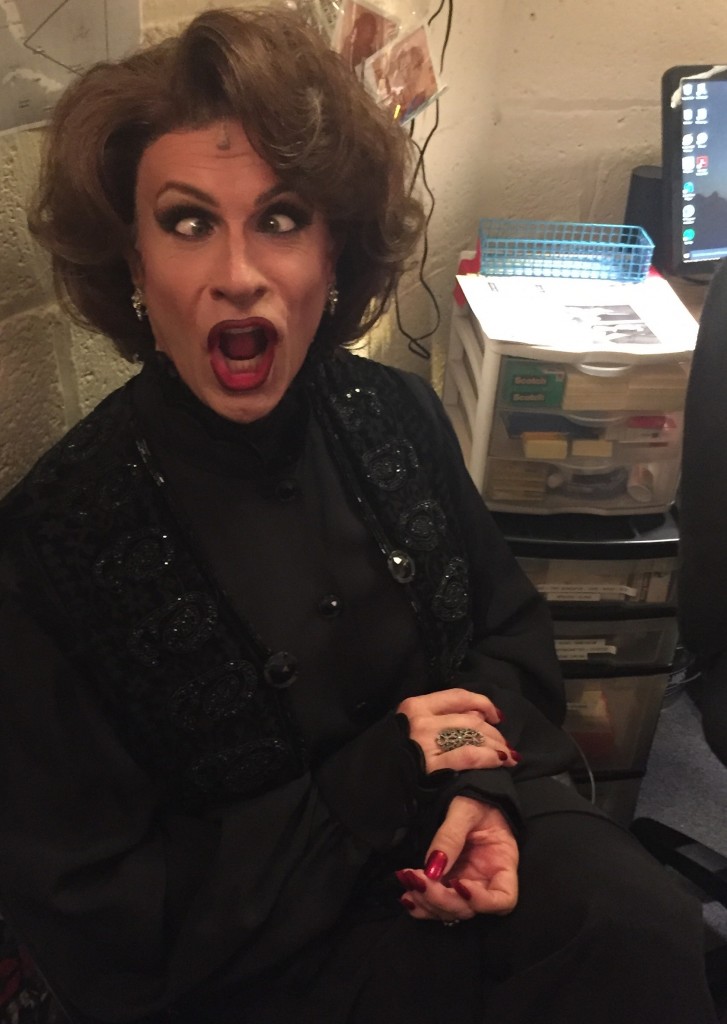 And I can always count on a wild story or two from this loon, Ryan Lowe, our Mary Sunshine.

Antics are ongoing . . . We had a weird day earlier this week when a few of us went up on our lines. It happened 4 times in one show. That is highly irregular. We were all wondering what gremlins were out there jinxing us left and right. Because each time the person going up was in a scene with me, our Billy Flynn, Jason Danieley, decided to stand just off-stage so I would see him when I ran off between scenes. I saw him holding a tissue over his nose and mouth, pointing at me with panic, and saying, “It’s catching. You’re the carrier.”

It’s not easy to capture in words the crazy scenarios that ensue backstage, but it’s never dull. That is for certain.

The racy innuendos and crass, politically incorrect jokes would probably get most everybody fired in a different vocational setting. I don’t envision many HR departments tolerating some of the particularly crude tomfoolery that pops up behind the scenes at CHICAGO. But therein lies the fun and wit. Everyone knows it’s all in good fun. We kid ‘cause we love.

I will miss my Chi-Town friends, my theater family. I hope to return soon. But now it’s back to my everyday, always with me friends and family. I’ve missed them so much. And lucky for me, my regular life is never dull either. When I scroll through the photos on my phone I realize that my life is chock full of laughs, outings, laughter, and blessings.

So until the next time . . . I’m back to my regular life – working out, taking dance classes, spending time with friends, seeing shows — which is really as awesome as my theater life, minus performing every night. I’ll miss performing a lot!! So it’s all a little bittersweet. But onward and upward. In the meantime I’ll be continuing my affiliation with RC Willey home furnishing as their spokesperson. (Shout out to my fans in Utah, Idaho, and Nevada. Whoop whoop.) And who knows what else will follow.

P.S. – For an even more in depth look behind the scenes of CHICAGO, check out this fabulous article by fellow castmate Brian O’Brien!