Many of you already know that I am currently in rehearsal to play God in AN ACT OF GOD at the Arizona Theater Company. Feel free to bow. It’s being directed by Marsha Mason, which in and of itself is a dream come true, a pinch myself daily kind of experience. What some of you may not know is that though there are two other actors playing archangels in the play, the piece is primarily a one-person show. So I’m tasked with memorizing what essentially amounts to a 90-minute monologue.

I was overwhelmed by the work at first. I’d never done anything like that before. Well, I had done a cabaret show, but so much of that material consisted of songs, which are somehow easier to memorize, I think. Not to mention I developed the cabaret over a full year. This play would need to be memorized in just a few weeks. Scary!

There were two things that gave me peace of mind when embarking on this challenge: 1. It had been done before. If Jim Parsons and Sean Hayes could each do it, then I could do it. And 2. I’d recently seen Jesse Tyler Ferguson in FULLY COMMITTED on Broadway, which was an insanely wild, fast paced, mind-boggling, tour de force of one actor playing over 40 roles at rapid-fire speed. I thought if he can do that, I can do this.

But if there was one thing that could distract me from the job, derail me from achieving the goal, hinder me from learning the lines, and ruin my chance at success, it was going to be . . . Gilmore Girls. Yep! I am obsessed with the television series, Gilmore Girls, which I have been streaming on Netflix since the summer. If my laptop is within arm’s reach I find myself drawn like a moth to a porch light. I’ve even gotten Marsha into it! America’s film treasure herself is also obsessed.

Who’s watched it? OMG! Let’s gab! But no spoilers. I’m only up to Season Six. I’m desperately trying to finish all seven seasons before November when Netflix releases four new 90 minute shows that pick up with the story again: Gilmore Girls: A Year In The Life. Oh, Lorelai, Rory, Luke, Jess, everyone! I can’t wait! 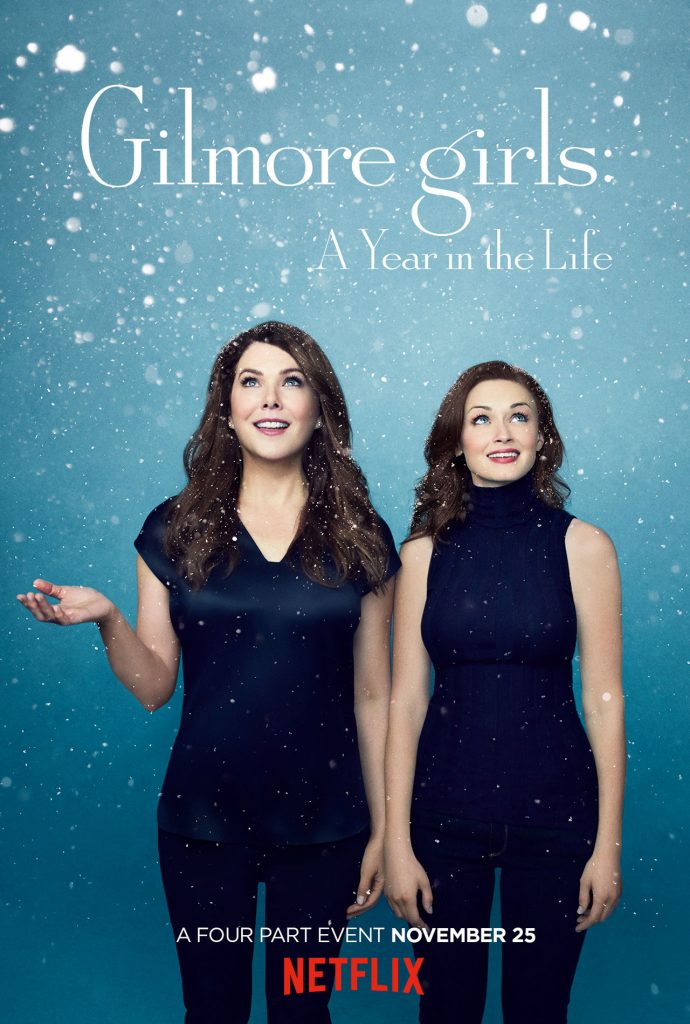 A huge thank you to my friends Mike, David, and Samantha who all encouraged me to watch.

Why have I decided to write about this in my blog? I don’t know. Maybe just to share, so you too can choose to give yourself the gift of watching it. Or maybe as an explanation for why I haven’t written in the blog for quite sometime. Gilmore Girls definitely shoulders some of that blame. LOL. Though I have to say, I haven’t wanted to write in the blog for precisely the same reason that I believe Gilmore Girls has become so important to me at this time . . . The topics and subjects weighing heavily on my mind recently all have to do with politics. I’ve been saving my political opinions and statements for my personal Facebook page and have been keeping it at bay from my official social media platforms or any other official website or fan outlets. It’s not my area of expertise and I would never post in any official capacity about stuff like that. Though I have thought about writing about girl power in general, because regardless of your political leanings and affiliations, it’d be hard not to acknowledge the base achievement of Hillary Clinton becoming the first female nominee of a major party. I mean, that’s just cool for older women to celebrate and for young girls to witness. And the fact that I’m a woman playing God has been timely given what’s happening politically.

But the current political climate is so stressful and nasty and crazy, that Gilmore Girls has definitely been a calming, pure, innocent respite. It’s an escape. When I’m in Stars Hollow all troubles just melt away. I’m sucked into the story about a mom and her daughter. I laugh, I cry, I feel. And it’s all safe.

Now don’t worry, I’ve memorized the play. I suppose the real thing that made me do it was the fact that I had no choice. Ha! Our first audience is this Saturday. Wish me luck.

And feel free to send condolences in November when I’ve already caught up on all seven seasons and have binged the new ones leaving me sans Gilmore Girls. You’ll find me sitting shivah.