If You Want To Know Who We Are

I saw a matinee of The Mikado yesterday. Shout out to Patrick Page Studio alum, Adam Shapiro, who played KoKo. I didn’t know anything about the show beforehand other than it’s an old warhorse that’s rarely produced anymore. I found out that’s because through the years it has had some politically incorrect history displayed in previous productions. Kudos to The New York Gilbert and Sullivan Players for finding a way to solve those issues so the musical could be enjoyed by a new generation.

As I listened to the orchestra tune up it occurred to me that’s another thing in musical theater that is not done too often anymore. In fact, outside of a symphony concert, I can’t remember the last time I heard the sound of anticipation created by an orchestra tuning before a show.

Then the Overture began. (Ironic that it’s called an over-ture, when it comes at the start. Never thought of that before. Haha.) Yet, another musical theater tradition that seems to have gone by the waste side. The theater equivalent of an amuse-bouche, a delectable and enticing sneak peek; and they are so rarely done nowadays. A shame. I’ve always loved how the current revival of CHICAGO not only includes the Overture, but it is set with choreography!

I looked around me and noticed the elderly couple next to me discreetly conducting the music along with the musicians.  They clearly knew the score by heart. They were delighted to be sharing the moment with one another. In the front row another older gentleman was leaning forward peering into the orchestra pit with a gleeful vigor that made his demeanor appear as youthful as a toddler. And just a few seats away was an actual boy who was enchanted as he gazed at all the instruments and seemed hypnotized by the conductor’s wild arm sweeps. And there was Patrick and me, just happy to be supporting our friend and thrilled to be seeing a show.

How amazing that we were all together sharing this remarkable live experience. There is something special about the arts in general, but especially theater and music performed live. Nothing quite captures a child’s imagination or transforms an adult back to child-like wonder like a live performance.  I loved that this show had brought us all together – young, old, and in-between. Because another thing that is rare nowadays is to have everyone focused on a single event, not on their electronic devices, not going off in different directions. A show is an event that can bring us all together in ways that have become less common in our current culture.

Later in the evening I would be reminded once again of the important role art plays in our world as Meryl Streep eloquently stated during her acceptance speech at The Golden Globes after receiving the Cecil B. DeMille award for lifetime achievement. She reminded us what it means to imagine walking in someone else’s shoes. She called on us all to be artists who shine a light on injustice, to hold the mirror up to nature. To not run from our calling. She declared that artists are uniquely qualified to unify and understand all sides of a situation because we are in the business of understanding humanity. It made me recall the first line sung in The Mikado . . . “If you want to know who we are . . . ”

But that is all a topic of more gravity. I’m grateful for what Meryl said in her speech (profoundly grateful and in deep admiration and agreement), but even more I found myself at the end of the day feeling grateful to call myself an artist. There was something about hearing the orchestra tuning, hearing the overture, seeing people of all ages around me, and sitting next to an elderly couple that brought me back in time. I was suddenly very nostalgic for the reason I got into musical theater in the first place. 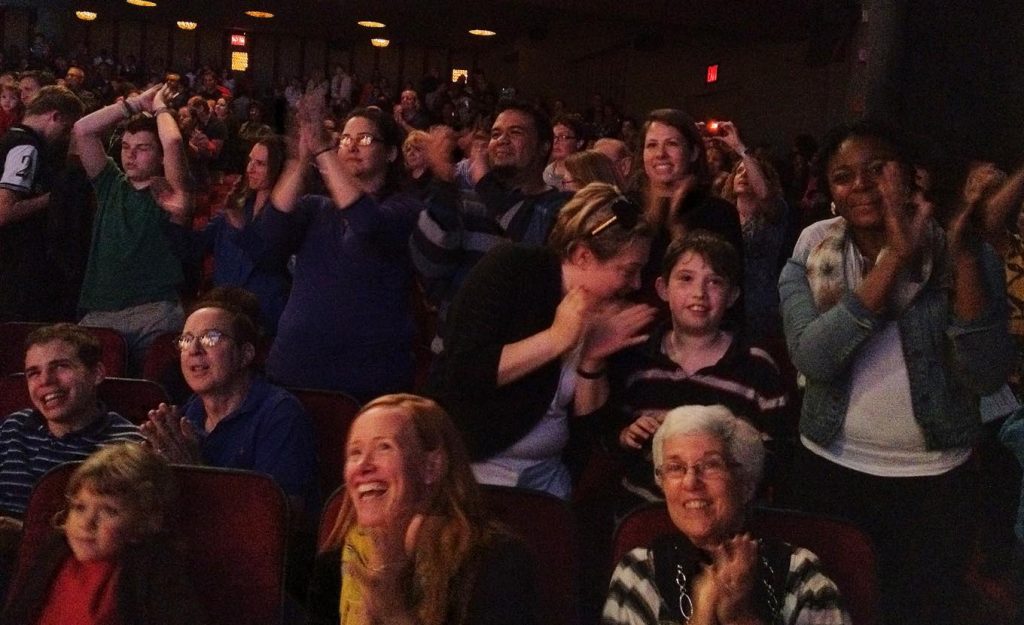