In frequent demand as a celebrity spokesperson, some of her more visible campaigns include Enterprise Rent-A-Car, Fifth Third Bank, Millstone Coffee, Kellogg’s, Kodak and R.C. Willey. 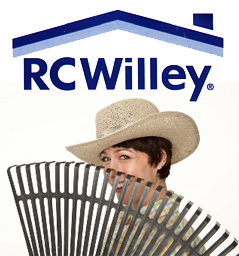 Since 2008 Paige has been the spokesperson for RC Willey, a retail store featuring home furniture, electronics, appliances, mattresses, and flooring with stores in Utah, Idaho, Nevada and California. Click below to watch some of the commercials Paige currently has running for them or view the archived commercials on RC Willey’s website.